There are many types of allergies out there and they come in all shapes and sizes. Many people may live their entire life with an allergy without ever receiving a diagnosis or treatment for it. We’ve compiled some background information on a few of the more common types of allergies. Do not hesitate to call us if you think you are suffering from one of these conditions or have shown symptoms of having an allergy.

Atopic dermatitis (AD), often termed “eczema”, is a chronic pruritic (itchy) skin condition that affects about 10-20% of children and about 2-3% of adults. It usually begins in infancy or early childhood. AD is closely associated with other allergic diseases, including food allergy, asthma, and allergic rhinitis (hay fever). This progressive sequence is called the atopic march.

The symptoms of AD include dry, itchy skin that can become swollen and cracked and can weep clear fluid when scratched. People with AD experience cycles of worsening symptoms followed by periods of improvement. They also have an increased susceptibility to certain skin infections.

Hives (urticaria) involve red, itchy, swollen areas of the skin that range in size and appear anywhere on the body. They can appear suddenly, and may be the result of an allergic reaction. Over 20 percent of the population has suffered an eruption of hives at some point in their lives.

The allergy can vary in size from as small as a pencil eraser to as large as a dinner plate, and may join together to form larger lesions. Hives or urticaria arise suddenly and may leave quickly in one to two hours. They often appear in clusters, with new clusters appearing as other areas clear. Other red, itchy rashes are often erroneously attributed to a diagnosis of hives.

Typically defined as a cough that persists for longer than 8 weeks, this is the most common presenting symptom in adults who seek medical treatment in an ambulatory setting. Chronic cough is estimated to occur in up to 40% of the population.

While it can sometimes be difficult to pinpoint the problem that’s triggering your chronic cough, the most common causes are tobacco use, postnasal drip, asthma and acid reflux. Chronic cough — one lasting eight weeks or longer — is more than just an annoyance. A chronic cough can ruin your sleep and leave you feeling exhausted. Severe cases of chronic cough can result in vomiting, rib fractures and lightheadedness.

Angioedema, or deep swelling of the soft tissue, may be a result of drug allergy, food allergy, bee sting allergy, complement disorders, or autoimmune disease as well as other uncommon or rare disease processes, such as Hereditary Angioedema.

In contrast to urticaria, angioedema is often not pruritic (itchy), but rather, can be painful and tender.

Recurrent infections of the respiratory tract (e.g. lungs, sinuses, ears, nose and throat) are common clinical presentations of patients that are often referred to an allergist/immunologist for evaluation. Recurrent infections, especially sinus and ear infections, are often secondary to poorly controlled allergies, but immune deficiency and anatomic problems can also be an underlying cause.

Allergic contact dermatitis is an allergic reaction that occurs when an allergen comes in direct contact with skin. This reaction causes an inflammatory skin rash which often becomes red, raised and eventually can blister forming a type of eczema like rash. Common examples of allergic contact dermatitis are reactions to metals such as nickel found in jewelry or reactions to contact with poison ivy.

Anaphylaxis (an-a-fi-LAK-sis) is a severe, rapidly progressing, life-threatening allergic reaction. Symptoms develop quickly, often within seconds or minutes. It can happen in people who have allergies or asthma, and it may be caused by a number of normally harmless things called allergens. Most often these allergens are foods, insect stings, and medicines.

Eosinophilic esophagitis is a disease of the esophageal with symptoms including dysphagia, food impaction, atypical chest pain, and heartburn that does not respond to medical therapy. Allergic and immune-mediated mechanisms similar to those of asthma and other atopic diseases are implicated.

Because many patients with eosinophilic esophagitis have atopic disease, a complete evaluation for dietary allergens and aeroallergens is recommended. Food allergy testing and avoiding these foods can help in some individuals.

Primary immunodeficiencies are disorders in which part of the body’s immune system is missing or does not function properly. This can often lead to serious and/or recurrent infections as well as poor growth. Immune deficiency conditions are rare and are not the only reason why a child/adult has had more than their fair share of infections. 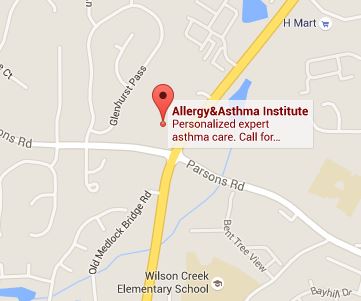 Get the latest allergen levels from the National Allergy Bureau