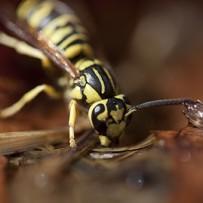 When most people are stung by an insect, the site develops redness, swelling and itching. However, some people are actually allergic to insect stings. This means that their immune systems overreact to the venom. Insect bites—such as a mosquito or fly bite—can cause local swelling at the site due to the inflammatory effects of the insect’s saliva. However, stinging insects actually inject a small amount of venom into the skin, leading to significant local reactions and in some cases, allergic reactions—including anaphylaxis.

Allergy injection treatment (immunotherapy) contains stinging insects’ venom allergens. These treatments for honeybee, yellow jacket, hornets, and wasp stings have effectively prevented recurrence of anaphylaxis in previously sensitive individuals. See your allergist today for testing and treatment that could save your life.